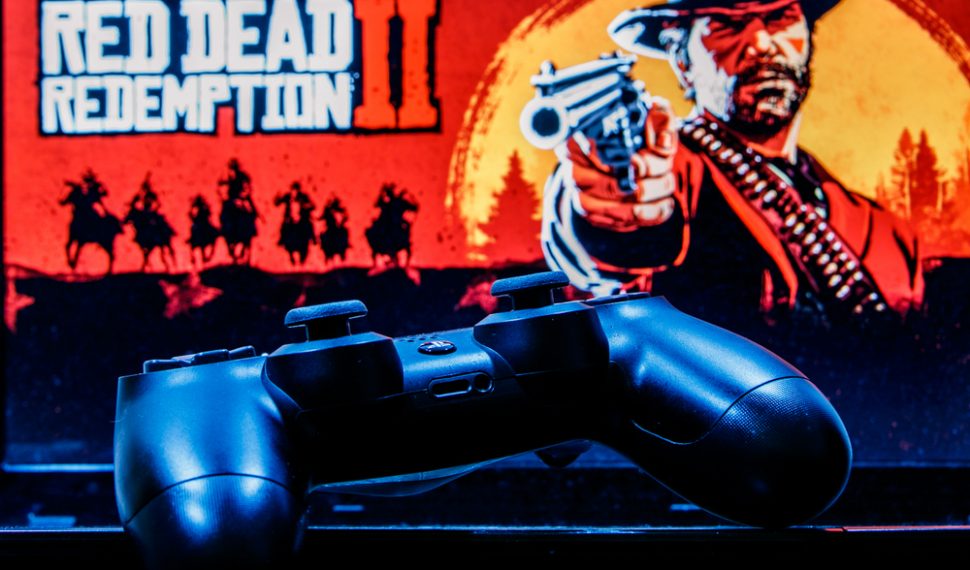 Red Dead Online is the first real embodiment of what it was like to survive in the Wild West placed in an online environment. The free add-on to the hugely successful Red Dead Redemption 2 allows players to act how they want in this world including  making as much money and infamy as possible, so don’t be surprised if every you player you meet isn’t interested in being friendly. However, there are ways to survive in this cruel world. Follow our tips and navigate the states of New Hanover and beyond better than ever!

Approach With a Whistle

While most players on Red Dead are in it for themselves, gamers always develop a community that looks to create a positive experience for all. Getting your head blown off all the time is boring, so players started a campaign to help identify the good from the bad and ugly. A Reddit user on the /r/reddeadredemption subreddit, suggested that players should whistle as they approach players as a signal that they’re a good person. While this approach won’t work with everyone, over 20,000 users upvoted the suggestion giving it a presence in the community. If you hear someone whistle as they approach you, perhaps don’t draw your weapon too fast next time.

Work Hard For Your Cash

As an online wild west simulator, it’s tough to earn cash. The game doesn’t always reward you enough for completing missions or selling gold so you will have to work hard to earn that mighty dollar. Gold bars acts as the main currency in Red Dead Online, as players earn gold bars as they build their honour and ranking. You receive a gold bar after collecting 100 gold nuggets so the more you play, the more you earn.

Hunting and selling pelts will help build up your wallet, while taking on story missions with friends should build your bank faster. You can earn treasure maps every five levels once you reach level 10 which will bring in a pretty penny. Looting gang hideouts should also give you a treasure map for you to decipher.

You can also make your progress easier by buying Max Cash and Satchel Items (PS4), 150 or 350 gold bars (Xbox) with the DGZ Gold Red Dead Redemption 2 collection so you can rule the Wild West your way.

With outlaws, unpredictable characters and other players littering the Wild West, surviving alone won’t be easy. By forming a posse with other players, you can look out for each other and earn cash together. There are two types of Posses in Red Dead Online: Temporary and Persistent. Temporary Posses are limited to four players and can be created by a bunch of strangers who’ve just met. Persistent Posses are a permanent clan or gang that you pledge your character to with friends and long-term associates – a small in-game fee is required to set them up. These remain no matter who’s online unlike Temporary Posses which disband once the leader has left. So join a Persistent Posse if you want to be part of something long lasting and have a better end than Dutch Van der Linde’s gang.

You can join Posses by pressing left on the D-Pad to invite friends and strangers on your various crusades. The same menu also has invites from other players so make sure you check those.

Take Care of Your Character

When you first start the game, you are given customisation options in creating your outlaw. Many prefer to create something quick just to play online, but it’s worth taking care of your appearance. At the time of writing you cannot change the appearance of your character, but Rockstar Games announced it will allow this option in the near future. Until then, consider how you want your character to look as it roams New Hanover.

You should also remember your character’s cores while playing. The game mechanic carried through from the main campaign adds to the survival element as players must maintain their stamina, health and Dead Eye. The campaign made it easier as Arthur Morgan could sleep to recover his cores, however in Red Dead Online the world is always evolving so you have no time to sleep. You must buy and eat consumables regularly, rest at campfires and avoid draining your cores quickly.

The world of Red Dead Redemption is vast. The map encompasses the entire area of both Red Dead games and Red Dead Online makes use of every mile. It’s easy to fast travel from one end to the other but in doing so, you could lose some of your loot. Hunted goods don’t stay with you during your warp which could lose vital nutrients for your cores and money from sales. When you reach level 65, you can purchase your own post for fast travel, giving you the freedom to go wherever you like.

Talking of hunting, alligator is a popular animal of choice to get. Not only are they made up of hearty big game meat, but they’re easily killed and found. If you have an improved arrow, shooting a gator in the head takes just one shot, giving you five precious units of game meat. Cook those alligator stakes and take them with you across the five states to keep you going.

How to Make More Money on GTA Online