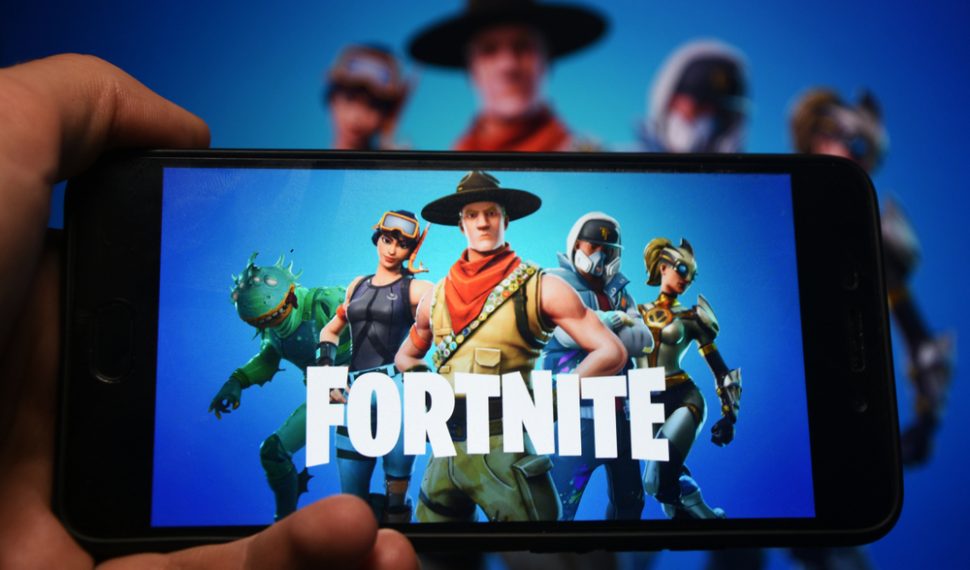 Since its release in 2017, Fortnite has been a huge hit with gamers worldwide and with so many players on the game, getting the best tips and tricks is needed to take the Victory Royale. With the battle royale game available on PS4, Xbox One, PC and Mobile, the number of potential players you could face is staggering. With gamers dedicating hours to being the best, you need everything you can to ensure you can compete.

While choosing the best skin for your character or seeking out the rarest Fortnite skins may make you look good, surviving is more important. Whether you’re looking for a list of must-have weapons and items or the best drop locations, DigiZani’s definitive list of Fortnite tips and tricks will get you to the top of the mountain.

Making too much noise as you navigate the map will lead to players with decent headphones to know where you are. You might have legendary loot but if they can spot you without your knowledge, they will take you out.

Avoid running where possible as this emits puffs of smoke as you go. Walking and crouching will benefit you more. Also make sure you check your surroundings when building and scavenging resources with a pickaxe. Note: other players can hear you switch weapons.

Snoop on those unsuspecting loud players by investing in headphones yourself. Since knowing where players are on the map is half the battle, wearing headphones will be the difference between life and death. Keep your noise down to a minimum and you can be alert to other noises around you.

In a battle royale game, there is always something going on and players are EVERYWHERE. You might have eliminated a player and think it’s the right time to use one of your dances but there’s always someone waiting to put you in the dirt.

Remember, if you’re finding a good place to cover, there will be other players doing the same. You’ll likely scramble over the line to remain in the circle but other players will too. If you get into a shootout, those nearby will hear and take it as an opportunity to strike.

The Circle is Your Friend

No matter where you are in the map, you must be aware of where the circle is. It’s ready and waiting to shrink in size and swallow you up. Every strategic decision you make should be made with the proximity of the storm in mind.

If you’re already in the circle, notice where the circle is shrinking. Will you be outside of it soon?

If you’re far away from the safe zone, then you must concentrate on getting there. If you encounter another player and you cannot defeat them, avoid them. A fight might be fun but surviving the storm would be better.

If you find a potion full of blue goodness, it will make a huge difference to your game. The buff will last the entirety of the match but won’t protect you from falling. If you stack two, you’ll have a full shield and full health to give yourself a massive advantage.

There are three different shield items:

If you land in a place where other players are, glug a potion immediately. If you are by yourself, use smaller potions before using the regular ones.

Only Fight If You Can Win

You can’t win every battle in the battle royale. While making your way through the map, pick and choose your battles. After all, this isn’t a team deathmatch where the person/team with the most kills wins. This is a fight for survival. Getting into fights could get you killed, not from those you target but those nearby who hear it and get involved.

However, high-risk strategies could lead to you earning the best loot, so you can win the match entirely. It’s up to you how you find the winning formula.

When downing victims, loot appears for you to take for your own gains. Firefighting attracts enemies and looting puts you at your most vulnerable. Let others take the bait so you can take them out instead.

Have a Plan B

Pretty much everything is destructible in Fortnite, including those forts you take time to build. They will be destroyed eventually, so always have a plan B in mind and an easy escape route if you come under fire.

If you find a grenade or rocket launcher, this will come in handy as it will destroy fortresses and buildings that your enemies will be hiding in.

Know How to Build For the End

Building is essential for surviving at the business end of the battle royale. Having a well-constructed fort grants you makeshift cover and give you time access loot, check your supplies and heal yourself. However, it’s easy to spot a player constructed fort.

Building high will increase your chances of survival, giving you an advantage over those who hide in bushes and sneak around trees. Gather enough resources so you can have a high vantage point over the shrinking safe zone. Doing so while holding a strong long-ranged weapon can be a winning combination.

To survive in Fortnite: Battle Royale you need to build and to build you need resources. You have three types of materials you can gather: wood, metal and stone. Everything is available on the map as you pickaxe your way through the world.

Metal is a popular choice with new players but it can take an age to finish building, and only spawns with 70 HP, so it can be easily shot down. Wood builds much faster than brick or metal and spawns with 100 HP (up to a maximum of 200 HP). Essentially, if you want to block bullets or build at speed, use wood. If you need a safehouse, build it with metal or brick.

There are various types of weapons in a range of shapes and sizes. There is a rarity scale for weapons in Fortnite: Battle Royale:

Where do you find these weapons? They can usually be found in built-up areas but other smaller areas will have loot.

The best weapons in Fortnite are typically the long-range snipers and assault rifles. Combine these with an effective short-range weapon like a shotgun to cover all bases.

Where to land in Fortnite? That’s the question you ask yourself every time you take the battle bus. We recommend that beginners avoid built-up areas as most people will congregate here. Landing and establishing yourself in the map without being eliminated immediately is a great start. Landing in a central location also means you won’t have to traverse long distances to get in the safe zone.

However, you can survive longer by spawning at the edge of a map, loot and work your way inwards. The majority of players will jump early, giving you the chance to work out the best place to land to avoid early fights.

Most players land in established areas because most loot can be found there. If you can escape the likes of Pleasant Park, Retail Row and Tilted Towers without dying, you will have the best weapons out there.

Now you have the tips you need, it’s time to play Fortnite. Before you do, get your Fortnite Skins and V-Bucks to look your best as you dominate the map.